During conversations around Client Records, I was approached by the British Association for the Person-Centred Approach (BAPCA). The counselling charity wanted to create a system for storing, collating and analysing the data collected by their community of members to form a practise research network (PRN)

After each counselling session a client is given a paper questionnaire to fill out. This can be used to gauge the effectiveness of therapy, the progress of a client and the underlying counselling technique and service.

I attended a research meeting to gather the requirements. Until now, the data was manually entered into spreadsheets. It was time intensive and error prone and BAPCA were looking for a solution.

I prototyped the first version in the car ride home. It was a simple form, a list of questions corresponding to the questions on the paper and radio boxes to enter the data. The results were serialised and saved in a database. 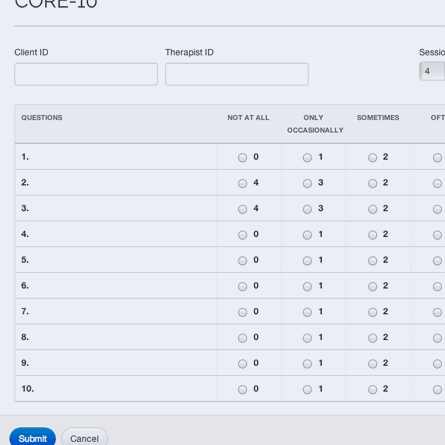 An example of the form input

Over the next few months we iterated over this initial prototype and eventually settled on a formal specification of what the final product should do.

As with any long running project, requirements change with time. I attended research meetings with BAPCA to get regular feedback from the final users while also listening to identify other potential uses that hadn't already been surfaced.

This began months of designing, building, testing, getting feedback, then repeating.

Two key features were identified. It needed to work well on mobiles. Computers were scarce within the services whereas the majority of the users would have access to smartphones. Entering the information needed to be extremely quick, I introduced a set of shortcuts that counsellors could use in order to quickly type their data into the forms, forgoing the need to click the radio buttons. However, the radio buttons remained as they were easier to use for those less comfortable with computers. 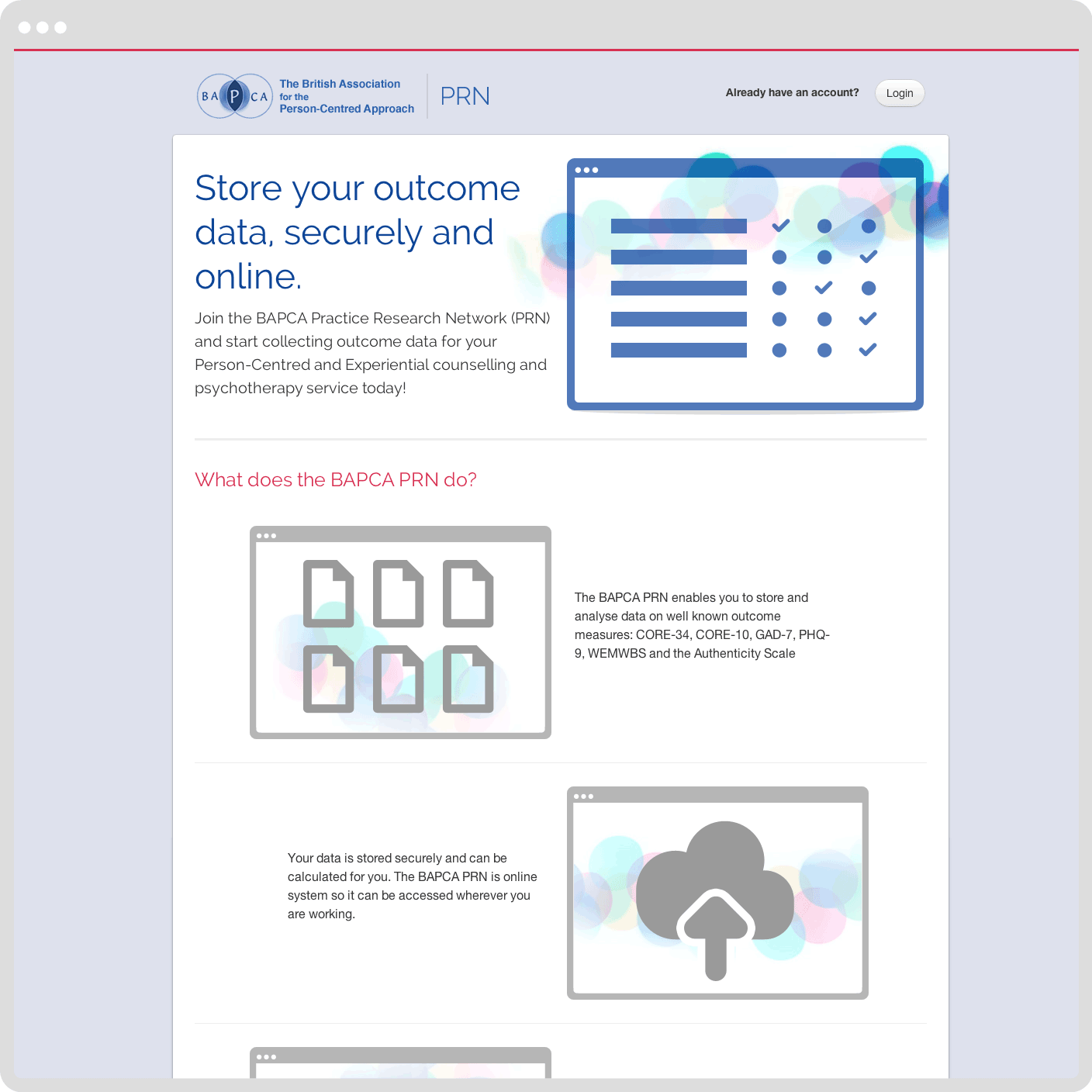 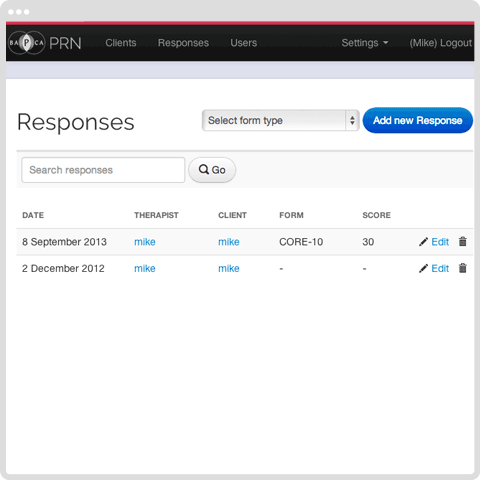 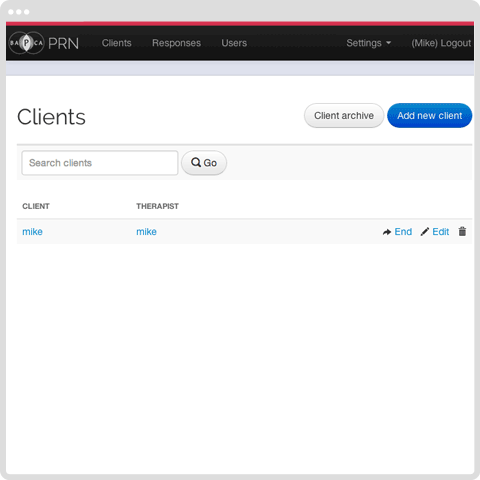 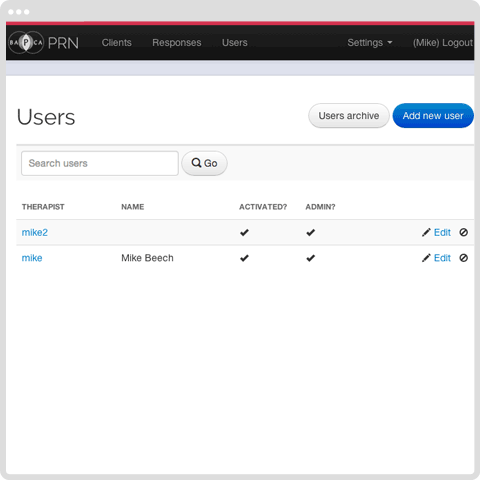 Homepage and a few of the interfaces from the PRN

BAPCA were able to present the final product at their conference and signup interested services to take part in the pilot scheme.

The product is free to use for BAPCA service members, but the project has been left open ended with the intention to introduce premium and paid for features when the need presents itself.